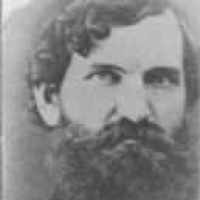 The Crimes Act was made to provide a clearer punishment of certain crimes against the United States. Part of it includes: Changing the maximum sentence of imprisonment to be increased from seven to ten years and changing the maximum fine from $5,000 to $10,000.
English: habitational name from any of several places called Burnham. Those in Buckinghamshire (Burnham Beeches), Norfolk (various villages), and Essex (Burnham-on-Crouch) are named with Old English burna ‘stream’ + hām ‘homestead’. In the case of Burnham-on-Sea in Somerset, however, the second element is Old English hamm ‘water meadow’, while Burnham in Lincolnshire is named from brunnum, dative plural of Old Norse brunnr ‘spring’, originally used after a preposition, i.e. ‘(at) the springs’.

Andrew Burnham, was born 19 of May 1808, at Hillsborough, Hillsborough, New Hampshire. The son of John Burnham (born 1776) and Sarah, whose surname we do not know. The only identification of them is c …