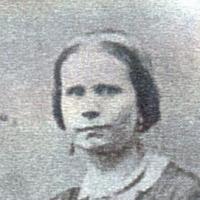 The Life Summary of Amanda Susannah

Put your face in a costume from Amanda Susannah's homelands.

English: relationship name from the Middle English personal name Wat, a pet form of Walter, and Middle English maugh, mough ‘kinsman by marriage, brother-in-law, son-in-law’. See Mowe (1), and compare Robert Waltersmaghe, 1305 in Black . In origin it was mainly a Lancs surname, that spread eastwards and southwards in post-medieval times. Redmonds, Dictionary of Yorks Surnames notes that in 1634 Joshua Watmough of London granted land to a man from Bradford (WR Yorks), and was described as ‘a younger son of Hugh Watmough late of Bury’ (Lancs).

In his lifetime, John Allen Chamberlain could well have been considered a pioneer in many lands, for it has been written in the pages of family history how this tall, attractive and jolly man as a wor …