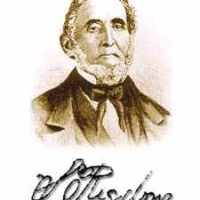 The Life Summary of Sidney

Put your face in a costume from Sidney's homelands.

This information can not be added to Sidney Rigdon memories. I feel it gives a great deal of insight to Sidney's personality and I wanted to share it. I found this information in my mother's, Ruby F …