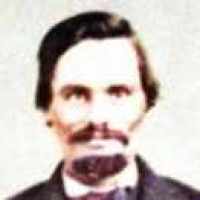 The Life Summary of David Rudisill

Put your face in a costume from David Rudisill's homelands.

By Barbara Annie Fuller Richardson, August 1979 Note: For years the tradition of the Gilbert and Barbara Richardson family was to gather in the pines in Arizona for a family reunion. This is the messa …