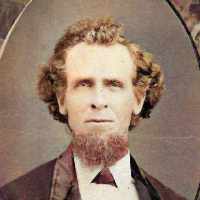 When Stephen Chipman was born on 8 August 1805, in Johnstown, Edwardsburgh, Leeds and Grenville, Canada West, British Colonial America, his father, Barnabas Lathrop Chipman, was 42 and his mother, Beulah Evarts, was 44. He married Amanda Washburn on 23 May 1825, in Leeds and Grenville, Ontario, Canada. They were the parents of at least 3 sons and 5 daughters. He immigrated to Caldwell, Missouri, United States in 1837 and lived in Nauvoo, Hancock, Illinois, United States in 1839. He died on 17 February 1868, in American Fork, Utah, Utah, United States, at the age of 62, and was buried in American Fork Cemetery, American Fork, Utah, Utah, United States.

The Chipman odyssey began in 1836, in Ontario, Canada. Stephen Chipman stopped to hear a group of Mormon missionaries sing and commented, "Men who can sing like that must be men of God." Shortly after …