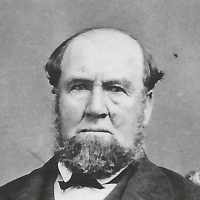 The Life Summary of Thomas Joseph

When Thomas Joseph Filcher was born on 18 March 1812, in Hanley, Staffordshire, England, United Kingdom, his father, Joseph Filcher, was 29 and his mother, Elizabeth Taylor, was 29. He married Eliza Jane Adams on 11 June 1836, in Bucknall, Staffordshire, England, United Kingdom. They were the parents of at least 6 sons and 5 daughters. He died on 6 December 1888, in Marysville, Yuba, California, United States, at the age of 76, and was buried in Auburn, Placer, California, United States.

Put your face in a costume from Thomas Joseph's homelands.