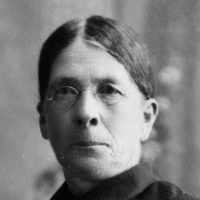 The Life Summary of Hannah Mendenhall

Put your face in a costume from Hannah Mendenhall's homelands.

Near the city of Wilmington, Delaware lived a family by the name of Sanders. This family consisted of Father Ellis, Mother Hannah (Mendenhall) Sanders, a daughter, Annie and a son, Ellis M. Sanders. …