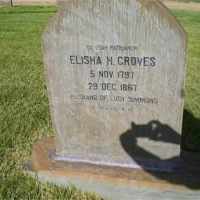 The Life Summary of Elisha Hurd

Put your face in a costume from Elisha Hurd's homelands.

Charles Shumway Conversion, from the history of Elisha Hurd Groves

From the history of Elisha Hurd Groves The following story of a conversion by Elisha is reported by Eleh T. Shumway as told by Richard Franklin Shumway, son of Charles Shumway: After having his ow …