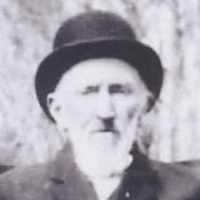 The Life Summary of Christopher Abel

When Christopher Abel Arthur was born on 25 September 1796, in Brockham, Surrey, England, United Kingdom, his father, Robert Arthur, was 24 and his mother, Elizabeth Mary Abel, was 21. He married Ann Jones on 24 February 1828, in Bristol, England, United Kingdom. They were the parents of at least 3 sons and 2 daughters. He died on 19 July 1859, in Beaver, Beaver, Utah, United States, at the age of 62, and was buried in Beaver, Beaver, Utah, United States.

Put your face in a costume from Christopher Abel's homelands.

The Arthurs lived in the little town of Pouty Pool, Monmouthshire, South Wales. They owned a bakery and dry goods store. The father was a baker by trade. My mother said, "The oven was so large that f …