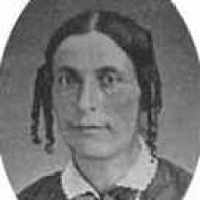 The Life Summary of Mary Miranda

Put your face in a costume from Mary Miranda's homelands.

Mary Miranda White was born January 25, 1815 in Middleton, New Jersey. Mary descends from early American pilgrams such as Ralph and Joyce Wallen who came to America on the ship Anne. Anne was one of …