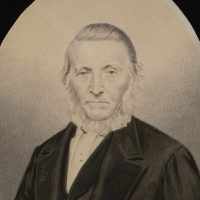 William Kay was born in/near Chaigley, Lancashire, England, on 11 April 1810. He was christened in the Church of England in nearby Waddington Parish, Yorkshire, on 6 May 1810. His christening entry si …