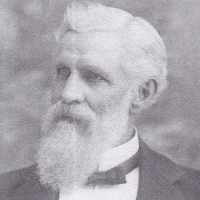 The Life Summary of William Brockerman

Put your face in a costume from William Brockerman's homelands.

Seth M. Blair/Edward Stevenson Wagon train Company [Note to Reader: Mr. Wright apparently started copying his diary record of his journey, but did not complete the record for the entire journey. We ha …