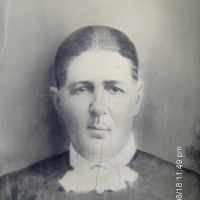 The Life Summary of Docia Emerine

Put your face in a costume from Docia Emerine's homelands.

Docia Emerine Molen, daughter of Jesse and Laurana Molen, was born Nov. 14, 1833 in Jacksonville, Morgan, Illinois. She married Sidney Willes and by him she had one child--a son born May 20, 1858, Je …