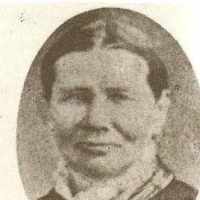 When Christiane Jacobsdatter was born on 18 May 1816, in Elling, Horns, Hjørring, Denmark, her father, Jacob Madsen, was 44 and her mother, Mariane Christensdatter, was 41. She married Jens Larsen on 2 September 1836, in Elling, Åstrup, Denmark. They were the parents of at least 2 sons and 7 daughters. She lived in Hune, Hvetbo, Hjørring, Denmark in 1855. She died on 13 September 1904, in Mount Pleasant, Sanpete, Utah, United States, at the age of 88, and was buried in Mount Pleasant City Cemetery, Mount Pleasant, Sanpete, Utah, United States.

The thread of the story of Jens Larsen and Christiane Jacobsdatter and their family is woven tightly into their Danish roots and their saga to the promised land of Zion. Christiane Marie Jacobsdatt …