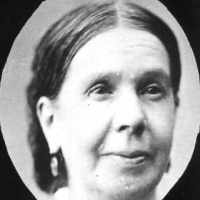 The Life Summary of Hannah Honor

Put your face in a costume from Hannah Honor's homelands.

Note: This is an excerpt from a letter Honor Watson wrote to her grandson John L Bench Jr while he was serving as a missionary in Tennessee in 1898 S L C March 6th Dear John, Your last letter I rec …