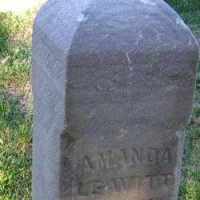 Amanda Wilson was born on 16 September 1826 in Perryville, Green Township,Richland, Ohio to Whitford Gill and Mary Ann Sheehand Wilson. She was the second of eleven children, nine girls and two boys. …