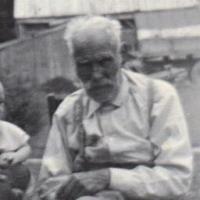 Scottish and English: from a variant of the medieval personal name Sim, a short form of Simon .