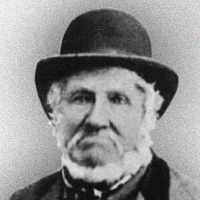 The Life Summary of Hans Peder

Put your face in a costume from Hans Peder's homelands.

LARSEN, HON. CHRISTEN P., contractor and builder, Manti, son of Peter and Annie C. (Bertelsen), born in Denmark, January 10, 1840. In 1862 the family emigrated to this country and located in Manti, wh …