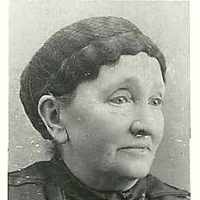 The Life Summary of Mary Ransom

Put your face in a costume from Mary Ransom's homelands.

English: from the Middle English and Anglo-Norman French personal name Aevery, a Norman form of Alfred . Among the 17th-century Puritan settlers in New England, there was some confusion with Averill . Compare Averett .Altered form of French Canadian Hévey (see Hevey ). Compare Avey 3.History: Christopher Avery emigrated from England to Salem, MA, in or before 1630. — William Avery (alias Averill) was one of the Puritan settlers who emigrated from England to Ipswich, MA, in or c. 1637. — Some of the American bearers of the surname Avery are descendants of Nicolas Hévé/Devé from France, who was in QC by 1672 (see Hevey ).