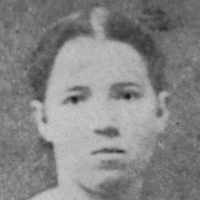 About the Picture of Julia Olpin

Information on Julia Olpin received from Grace Bluemel Thomas, aunt to Carol Bluemel Murphy, in a letter dated 13 Dec 1978. Julia Olpin was a sister to the grandmother of President Spencer W. Kimball …