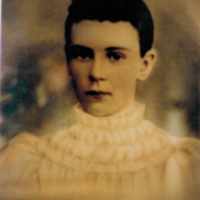 The Life Summary of Leonora

When Leonora Cannon was born on 6 October 1796, in Peel, Isle of Man, her father, George Cannon, was 30 and her mother, Leonora Callister, was 20. She married John Taylor on 28 January 1833, in Toronto Metropolitan Municipality, Ontario, Canada. They were the parents of at least 2 sons and 2 daughters. She lived in Nauvoo, Hancock, Illinois, United States in 1839. She died on 9 December 1868, at the age of 72, and was buried in Salt Lake City, Salt Lake, Utah, United States.

Put your face in a costume from Leonora's homelands.

"The Statute Laws of the Isle of Man" by C. Briscoe are published.