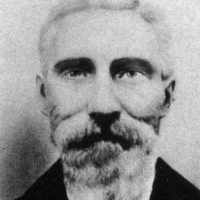 The Life Summary of Niels Engaard

When Niels Engaard Peterson was born on 2 September 1821, in Hundborg, Ørum, Denmark, his father, Peder Nielsen Brixen, was 26 and his mother, Kjersten Larsdatter Korsgaard, was 22. He married Maren Johansdatter on 7 June 1850, in Højslev, Hald, Denmark. They were the parents of at least 6 sons and 4 daughters. He immigrated to United States in 1861 and lived in Højslev, Fjends, Viborg, Denmark in 1855. He died on 27 May 1902, in Logan, Cache, Utah, United States, at the age of 80, and was buried in Logan Cemetery, Logan, Cache, Utah, United States.

Put your face in a costume from Niels Engaard's homelands.