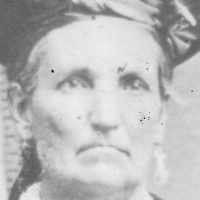 English and Dutch; North German (Pötter): occupational name for a maker of drinking and storage vessels, from an agent derivative of Middle English, Middle Low German pot. In the Middle Ages the term covered workers in metal as well as earthenware and clay.

In some cases also an Americanized form (translation into English) of Croatian, Serbian, and Slovenian Lončar ‘potter’ (see Loncar ), and probably also of cognates from some other languages, e.g. Czech Hrnčíř (see Hrncir ).

Life after crossing the Plains.

I dedicate a photo to Allen Madison Green(e) my Great Great Grandfather. In memory of his passage through the "City of Rocks" Almo, Idaho while traveling the California trail and in memory of his son …

Put your face in a costume from Vienna's homelands.