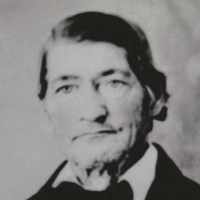 The Life Summary of Edward Owen

Put your face in a costume from Edward Owen's homelands.

Information found Family History Suite CD Heart Throbs of the West, Vol. 11,p. 396 The L.D.S. Church emigration of 1850 came to Utah in ten companies under the direction of the following captains: M …