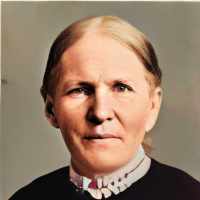 CROSSING OF THE WEBSTERS TO UTAH