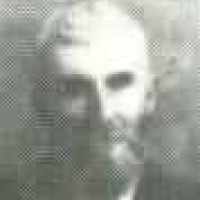 When Henry Wintch was born on 15 April 1828, in Kindhausen, Volketswil, Zürich, Switzerland, his father, Kasper Heinrich Wintsch, was 25 and his mother, Dorothea Weilenmann, was 34. He married Magdalena Burkhard about 1840, in Zürich, Switzerland. He died on 20 January 1873, in Manti, Sanpete, Utah, United States, at the age of 44, and was buried in Manti Cemetery, Manti, Sanpete, Utah, United States.

English: from Middle English winche ‘winch, pulley’ (Old English wince), later meaning ‘well’, presumably because a winch would have been used to extract water from a well. The surname is probably a topographic name for someone who lived by a well. Compare Wink . This may also be a topographic name denoting someone who lived by a sharp bend in a river or valley, from a transferred sense of winche ‘winch, pulley’. This term and sense appears to be behind some placenames, such as Wincham (Kent) and Winchbottom (Buckinghamshire).English: habitational name from East and West Winch (Norfolk). The placenames probably derive from Old English winn ‘pasture, meadow’ + wīc ‘dwelling, specialized farmstead’.English: perhaps also a nickname from a further transferred use of the Middle English word in sense 1 above, for a lapwing (compare Middle English lapwink ‘lapwing’, Old English hlēapewince) or other bird known for its leaping and twisting flight.

Kaspar Heinrich WINTSCH was born 30 January 1803, in Kindhausen, Volketswil, Zurich, Switzerland. His parents were Martin WINTSCH and Regula SAUERMANN WINTSCH. It appears that most of the WI …