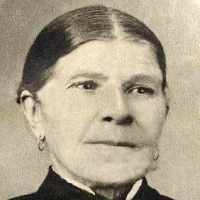 The Life Summary of Christina Erika

Put your face in a costume from Christina Erika's homelands.

A HISTORY OF THE SCANDINAVIAN LDS MISSION, TO THE YEAR 1900

THE GOSPEL IN SCANDINAVIA by Janne Mattson Sjodahl, published in 1900 Transcribed in 2014, by J.W. Christensen [Note: This article, originally written by a "J.M. Sjodahl," was transcribed from a per …