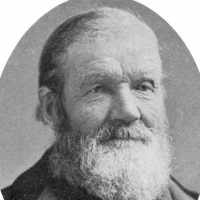 English (Yorkshire): from Middle English wode ‘wood’ + hed, hedde ‘head’ (Old English wudu + hēafod). The surname may be topographic, for someone who lived at or near the top or edge of a wood, or habitational, from one of the many places so named, such as Wood Head in Barkisland (Yorkshire), Woodhead in Tintwistle (Cheshire), or Woodhead in Great Casterton (Rutland).

William Woodhead 1860 Pioneer of Paradise, Utah: When a mere boy, William worked on a farm. The men and boys were served lunches in the field. One day he left his half pint of ale. The mistress as …