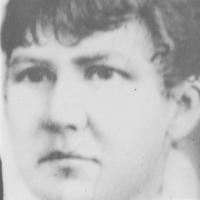 The Life of Alice Christie

Put your face in a costume from Alice Christie's homelands.

The Representation of the People (Scotland) Act 1868 was passed by Parliament and allowed for the creation of seven additional Scottish seats in the House of Commons. Along with the seats, Two University constituencies were created. These each returned one member to Parliament.
1881 · The Assassination of James Garfield

1 Scottish: habitational name from a place in Berwickshire (Borders), named with Welsh gor ‘spacious’ + din ‘fort’.2 English (of Norman origin) and French: habitational name from Gourdon in Saône-et-Loire, so called from the Gallo-Roman personal name Gordus + the locative suffix -o, -ōnis.3 Irish: adopted as an English equivalent of Gaelic Mag Mhuirneacháin, a patronymic from the personal name Muirneachán, a diminutive of muirneach ‘beloved’.

STORIES OF THE PAST, FROM MEMORY by James F. Gordon

I am starting this series of stories by giving some family history that I think is not written any other place. I received this information in a letter written to me by my eldest sister, Sus …