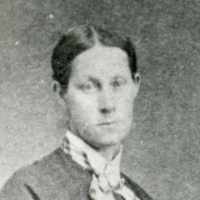 When Annie Hayes was born on 2 May 1829, in Plattsburgh, Clinton, New York, United States, her father, Benjamin Hayes, was 53 and her mother, Sarah Case, was 50. She married William Bannister Poppleton on 17 November 1855, in St. Louis, Missouri, United States. She lived in Saddleworth, Yorkshire, England, United Kingdom in 1861. She died on 25 January 1903, in Salt Lake City, Salt Lake, Utah, United States, at the age of 73, and was buried in Wellsville, Cache, Utah, United States.

Irish (Cork): shortened Anglicized form of Gaelic Ó hAodha ‘descendant of Aodh’, a personal name meaning ‘fire’. Compare McCoy . In some cases especially in County Wexford, the surname is of English origin (see below), having been taken to Ireland by the Normans.English: variant of Hay , with post-medieval excrescent -s.English: topographic name from the plural form of Middle English hay(e), heye, heghe ‘enclosure’ (see Hay ), sometimes used as a collective noun for a farm, especially in Devon, where it is a frequent minor placename. Compare Hain .

HISTORY OF WILLIAM POPPLETON - PIONEER Written by Bertha Riggs Poppleton Maughan In the village of Moulton, Lincolnshire, England on October 15, 1823 a baby boy was born to William and Mary Poppleton …