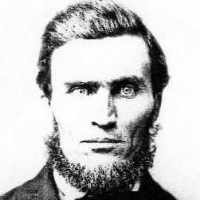 The Life Summary of Joseph Watson

Put your face in a costume from Joseph Watson's homelands.

Autobiographical Life Sketch of Joseph Watson Young I was born on the 12th day of January, 1829 in Mendon, Monroe Co., New York. I was the second of ten children born to Lorenzo Dow Young and his f …