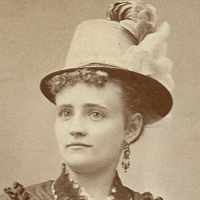 The Life Summary of Elinor Marion

Put your face in a costume from Elinor Marion's homelands.

Welsh: from the personal name Gruffin, Griffin, a pet form of Middle Welsh Gruffudd. In the Welsh border counties this name was introduced directly from Welsh, and in the eastern counties of England by Bretons from France who came over with the Norman conquest.Irish: Anglicized (part translated) form of Gaelic Ó Gríobhtha ‘descendant of Gríobhtha’, a personal name from gríobh ‘gryphon’.