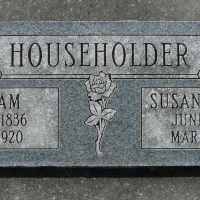 A SKETCH OF JONATHON HOUSEHOLDER By his Great-Granddaughter Olive R. [Ritchie] Cleverly [21 Mar 1881 - 28 Mar 1945, KWC8-WJ3] This information I have of the Householder family wa …