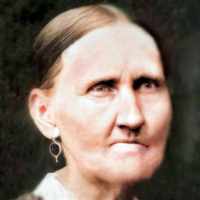 The United States law requiring full payment at the time of purchase and registration of any land. to help encourage sales and make land more affordable, Congress reduced the minimum price of dollar per acre and the minimum size that could be purchased. Most of this land for sale was located on the frontier which was then "The West". This Act was good for many Americans, but it was also over used by wealthy investors.

Mary the mother of many Marys

"Sitting on his knee one day, William Meeks told his little daughter, Mary Jane Meeks (Pearce) this story of why she was named Mary. He thought Mary was the sweetest name he had ever heard--- He love …