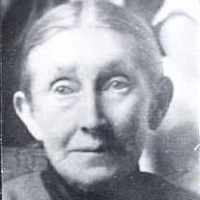 The Life Summary of Juley Ann

Put your face in a costume from Juley Ann's homelands.

[This autobiograpy was typed from a photocopy of the handwritten original sent to Betty (Eames) Brown, daughter of William H. Eames, Opal's brother. It consists of 6 pages and does not appear to be co …