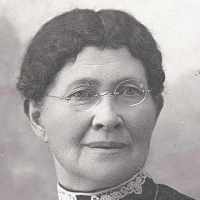 The Life Summary of Martha Duggan

Put your face in a costume from Martha Duggan's homelands.

Grandmother Wright was petite and feminine. She was a professional seamstress. Her family fashioned and made all the button holes for Queen Victoria's tailored wearing apparel. Grandfather worshipe …