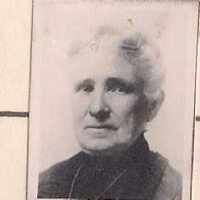 The Life Summary of Fannie Angier

Put your face in a costume from Fannie Angier's homelands.

Fannie and her husband Edwin in Deseret News article

This news article is about some of Lynne Cheney's ancestors. Lynne is the wife of former Vice President Dick Cheney. Fannie Peck Elliott is Lynne's 2nd great-grandmother, and Lynne shared some of Fann …