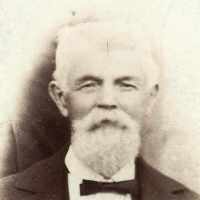 English (Lancashire and Cheshire):variant of Rylands; see Ryland . Middle English ryelandes, -londes refers to the strips of arable land where rye was grown within one of the large open fields that were typical of medieval communal farming; as a phrase it could be used to name an open field where rye predominated.habitational name from Rylance, a lost place in Pownall Fee (Cheshire). The placename has the same meaning, ‘rye land(s)’, as in 1 above, with vacillation between singular and plural forms. Surnames from it are difficult to distinguish from Rylands or a Rylance from other sources.

John Roylance was born 20 November 1807, in Lower Peover, Cheshire, England. He was the eldest child of George Roylance and Elizabeth Rycroft. His family consisted of six brothers and one sister. Geor …