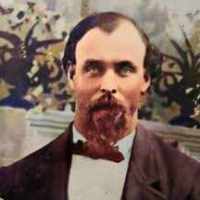 When Benjamin Williams was born on 5 May 1839, in Coalbrookvale, Monmouthshire, Wales, United Kingdom, his father, John Williams, was 28 and his mother, Rebecca Morgan, was 25. He married Agnes Smart on 20 August 1860, in Meigs, Ohio, United States. They were the parents of at least 7 sons and 5 daughters. He lived in Aberystruth, Monmouthshire, Wales, United Kingdom for about 10 years and Mason, Mason, Virginia, United States in 1860. He died on 10 February 1904, in Malad, Oneida, Idaho, United States, at the age of 64, and was buried in Malad, Oneida, Idaho, United States.

SKETCH OF THE LIFE OF HOWELL HENRY AND LUCRETIA WILLIAMS MIFFLIN