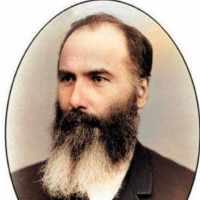 When Heinrich Carlos Ferdinand Eyring was born on 9 March 1835, in Coburg, Saxe-Coburg and Gotha, German Empire, his father, Edward Christian Eyring, was 24 and his mother, Ferdinandine Charlotte Caroline von Blomberg, was 23. He married Anne Emahla on 17 September 1858, in Cherokee, Alabama, United States. They were the parents of at least 1 daughter. He immigrated to Utah, United States in 1860 and lived in St. George, Washington, Utah, United States for about 10 years. He died on 10 February 1902, in Colonia Juárez, Casas Grandes, Chihuahua, Mexico, at the age of 66, and was buried in Colonia Juárez Cemetery, Juárez, Chihuahua, Mexico.

Put your face in a costume from Heinrich Carlos Ferdinand's homelands.