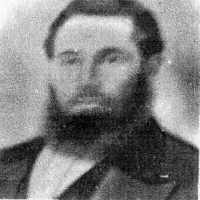 A Brief Life History of My Great Great Grandfather Peterson

Peter Peterson was born Aug. 28, 1831. in Vor Silver Care, Denmark. He was a metal worker in Denmark and worked in a brass foundry. He married Maria Jensen, daughter of Thomas Christian Jensen, also k …