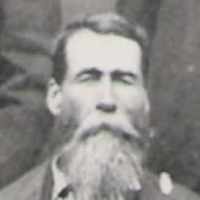 When James William Howell was born on 15 October 1828, in Danville, Vermilion, Illinois, United States, his father, James Howell, was 43 and his mother, Jane Copeland, was 39. He married Rosannah Monk on 29 January 1857, in Decatur, Iowa, United States. They were the parents of at least 5 sons and 3 daughters. He lived in Bates, Missouri, United States in 1850. He died on 1 June 1906, in Woodruff, Oneida, Idaho, United States, at the age of 77, and was buried in Portage, Box Elder, Utah, United States.