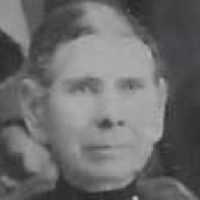 The Life Summary of Annie Stewart

Put your face in a costume from Annie Stewart's homelands.

habitational name from Breighton in East Yorkshire, on the river Derwent. This place is named with Old English beorht ‘bright’ or an unattested personal name Beohta + tūn ‘enclosure, settlement’. The surname is unlikely to derive from Brighton in Sussex, which was known as Brighthelmestone until the end of the 18th century.in East Anglia, a nickname from Middle English bright + eien ‘bright eyes’.English: