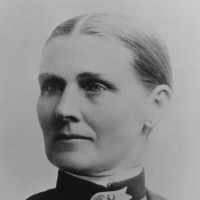 Elizabeth Jane Harding was born in Quincy, Illinois on the 23rd of October 1840. She was the first daughter and the fourth child of Dwight Harding, who was born in Southbridge, Massachusetts, an …