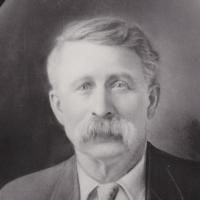 The Life Summary of Adelbert DeEston

Put your face in a costume from Adelbert DeEston's homelands.

Personal Glimpses of My Father by Sarah Hullinger Perry

My father was keenly interested in genealogy. Before the turn of the present century he made a number of trips to Iowa, Illinois, and Ohio for the purpose of tracing his parent's genealogy. He trac …