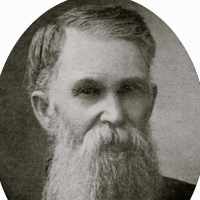 The Life Summary of Abia William

Put your face in a costume from Abia William's homelands.

A Partial Sketch Of My Life By Elmer Wood Johnson (By request of my daughter Verna Johnson Black) (Written in his 79th year) I was born May 18, 1854, in Council Bluffs, Pottawattamie Co …