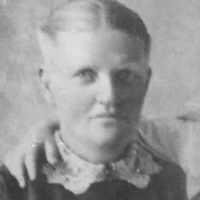 The Life Summary of Olevia Dorthea

Put your face in a costume from Olevia Dorthea's homelands.

Caroline Amelia Mortensen, born over in Kobelev, Maribo, Denmark married Ole Nielsen, also of Denmark (Losemarke, Maribo) in about 1841. They had five children in Denmark and three in Utah. Dorthea Ol …