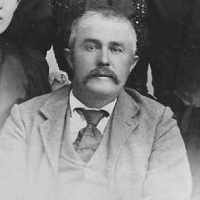 The Life Summary of Joshua Martin

Put your face in a costume from Joshua Martin's homelands.

Joshua Martin Davis, the third child of Joshua and Susan Ann Cole Davis was born September 3, 1847 at Fox River, Stringtown, Iowa. His parents were among those that joing the Church of Jesus Chr …