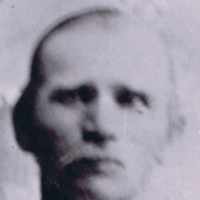 The Life Summary of Andrew Henry

Put your face in a costume from Andrew Henry's homelands.

Andrew was born 20 September 1845, in Malmo, Vesmolow, Sweden. He was 13 years old when he left his native land and came to Utah with his family. Andrew left home at an early age to seek work elsewhe …