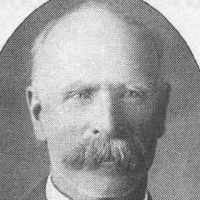 English (mainly Yorkshire): habitational name from Laycock in WestYorkshire or possibly from Lacock in Wiltshire. Both are recorded inDomesday Book as Lacoc and seem to be named with a diminutiveof Old English lacu ‘stream’.

Clara Elizabeth McLean, born in the gold hills of Nevada came to Kaysville, Utah, at about 8 years of age. Her mother died and she went to live with her grandmother Driggs "Criddle." I was sickly an …